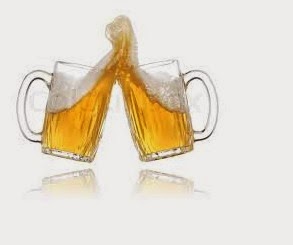 This is my 250th post in my own blog (this one). I was thinking how to celebrate this post? What to write? Another technical article or something else?

As a fan of Microsoft ‘s technology I am working in Microsoft’s stack for almost 2 years but started to write/blog almost 3 years back. Yes, from my college days when I was chosen this platform.  We are seeing Microsoft has made it’s server stack as open source and lot of new technology and thoughts are in queue, yet not in reality.

I remember, when I was in my secondary school, one of my cousin (who is experienced software engineer) told me “Software developer should have dynamic mentality“. I did not understand that advice on that day but now realizing and experiencing with Microsoft technology.

So, in reality technology is getting change with expectation and human behavior, with their daily habit.  The day has gone where steve ballmer is shouting  “Developer! Developer ! Develop” ! and it’s echoing like “Windows ! Windows !Windows.”

Yes, Microsoft is trying to migrate its application in its comparative’s platform, i.e. MAC and LINUX. Trying to inject something (XAMARIN ) in it’s most popular IDE(Visual Studio) , so that people can able to develop application which will run in all Smartphone.

The huge change in cloud platform too. Now, Azure is supporting LINUX infrastructure too to host application, which will boost customer’s sleep at night (people sleep happily when they do not spent much on that day , hahhah..)

Not only hosting and infrastructure, Microsoft is giving focus in application level too. It market the old good MVC framework in very fantastic and tricky way on top of ASP.NET , people started to love it use it, that gave an extra millage to ASP.NET developer. In effect, their market value has increased.
But there is little unhappiness in heart of .NET Developer, They are not as popular as Java developer (hahaha…).

We can think that the game changing decision taken by Microsoft( to make open source of it’s server stack) is just to bring C# by side of Java in race .It is a to make C# as a default language in all platforms (as java already did).

Now, how developer will get benefit? Yes, good time is coming for .NET developer too.  I wish, more companies will adapt .NET after this decision with free visual studio 2013. (As Microsoft announced, VS 2013 is free for small companies for non-enterprise product)


The question is when the good day will come. Java is open source for last one decade and Microsoft just announced.  It is time to press accelerator for long run to Microsoft.
Posted by testsouravkayal at 10:02 PM